Homily on Sts. Peter and Paul the Apostles, by St. Gregory Palamas 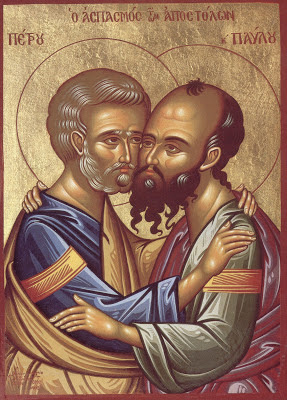 Sts. Peter and Paul, the Foremost of the Apostles - Commemorated June 29 (source) 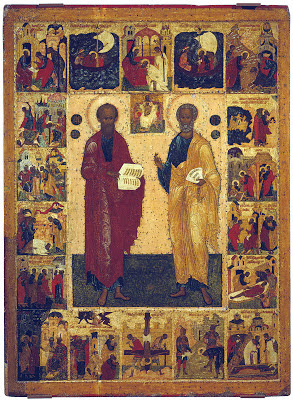 Sts. Peter and Paul the Apostles, depicted with scenes from their lives (source)
Through the prayers of our Holy Fathers, Lord Jesus Christ our God, have mercy on us and save us! Amen!
Posted by Agioi_Anargyroi at 7:13 PM