"Evolution is a theory; Jesus Christ is God": A Vision of St. Paisios 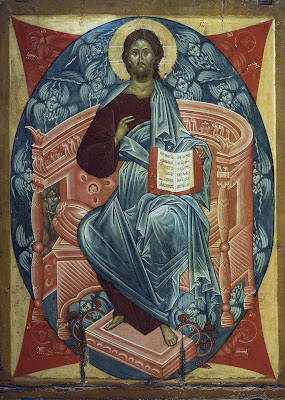 EVOLUTION IS A THEORY; JESUS CHRIST IS GOD
—from the book Elder Paisios of Mount Athos—

From the age of eleven [says Elder Paisios], I would read the lives of the Saints, I would fast and keep vigil. My older brother would take the books and hide them, but that didn’t stop me. I would just go into the forest and keep reading there.


Later, when I was fifteen, a friend of my brother named Costas told my brother, “I’ll make him willingly give up all this nonesense.” He came and explained to me Darwin’s theory of evolution. I was shaken by this, and I said, “I’ll go and pray, and, if Christ is God, He’ll appear to me so that I’ll believe. I’ll see a shadow, hear a voice—He will show me a sign.” That’s all I could come up with at the time.


So, I went and began to pray and make prostrations for hours; but nothing happened. Eventually I stopped in a state of exhaustion. Then something Costas had said came to mind: “I accept that Christ is an important man,” he had told me, “righteous and virtuous, Who was hated out of envy for His virtue and condemned by His countrymen.” I thought to myself, “since that’s how Christ was, even if He was only a man, He deserves my love, obedience, and self-sacrifice. I don’t want paradise; I don’t want anything. It is worth making every sacrifice for the sake of His holiness and kindness.”


God was waiting to see how I would deal with this temptation. After this, Christ Himself appeared to me in a great light. He was visible from the waist up. He looked at me with tremendous love and said, “I am the resurrection, and the life; he that believeth in Me, even if he dies, he shall live” (Jn. 11:25). He was holding the Gospel in His left hand, open to the page where the same words were written.


With this event, the uncertainties that had troubled my soul were overcome, and in divine grace I came to know Christ as true God and Savior of the world. I was convinced of the truth of the God-man, not by men or books, but by the very Lord Himself, who revealed Himself to me even at this young age. Firmly established in faith, I thought to myself, “Come back now, Costas, if you want, and we’ll have a talk.”
(http://www.stnektariosmonastery.org/weeklymessage.pdf) 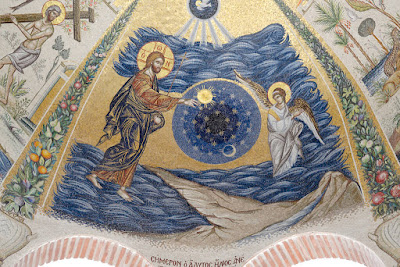 
Through the prayers of our Holy Fathers, Lord Jesus Christ our God, have mercy on us and save us! Amen!
Posted by Agioi_Anargyroi at 9:36 AM

Here is my 2 news sites about Creation if you want to copy some posts for your site feel free!

God & All Saints bless you!!