Homily of St. Luke of Simferopol on the Transfiguration of Christ 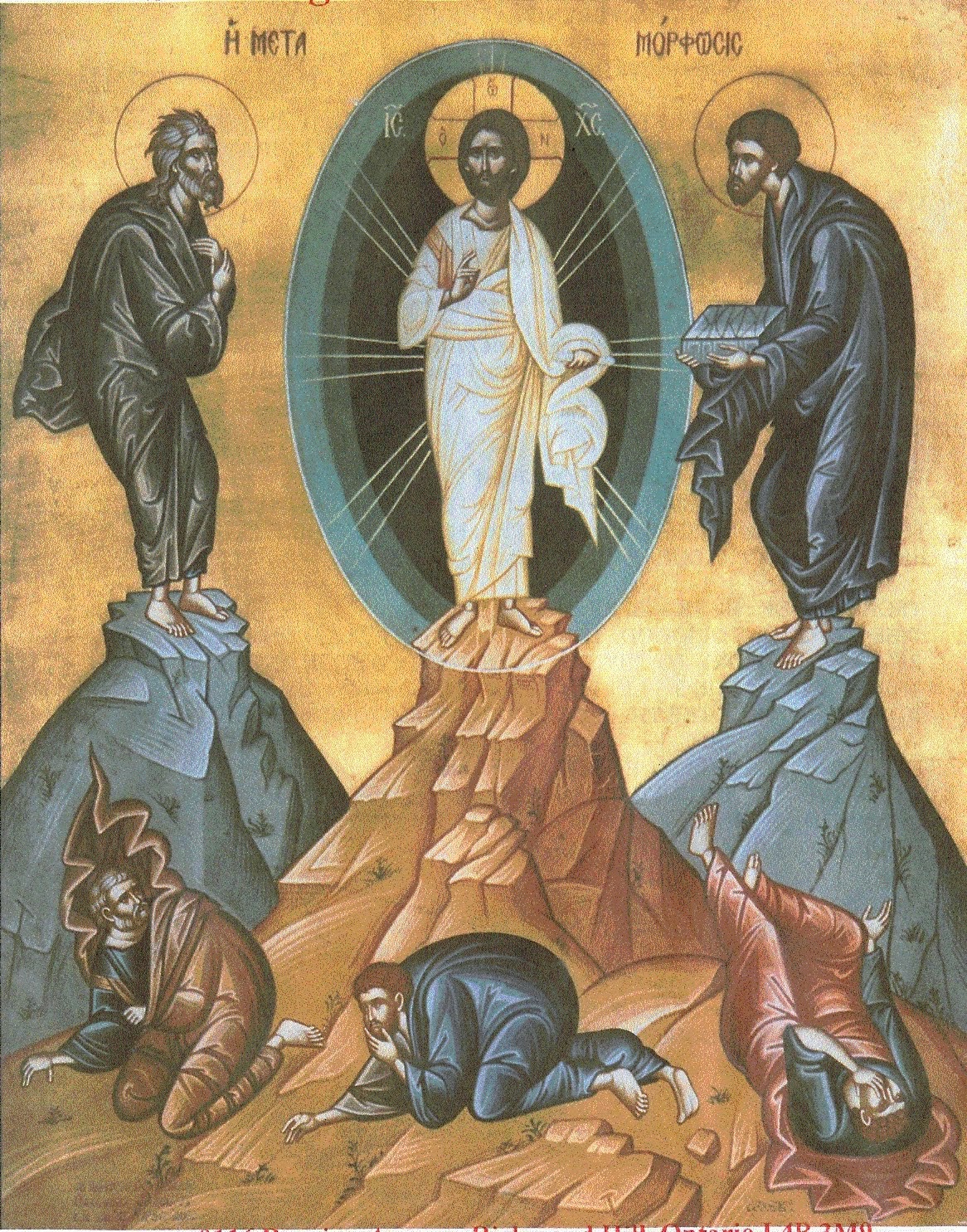 The Holy Transfiguration of Christ (source)
Homily of St. Luke of Simferopol on the Transfiguration of Christ (delivered in 1956)
The great feast of the Transfiguration of our Lord causes us to remember the words of our Lord Jesus Christ: “Do you not believe that I am in the Father and the Father is in me? The words I say to you I do not speak on my own authority. Rather, it is the Father, living in me, who is doing his work. Believe me when I say that I am in the Father and the Father is in me; or at least believe on the evidence of the works themselves.” (John 14: 10-11)
Great and uncountable were the wonders of our Lord Jesus Christ: with one word alone He raised the daughter of Jairus, the leader of the synagogue, the son of the widow of Nain, and also Lazarus, who was in the tomb for four whole days. With one word alone, He commanded the winds and the waves of the lake of Gennesaret and they became totally calm. With five loaves and two fish, He fed five thousand men, not counting women and children, and with four loaves, four thousand.
Let us remember how, every day, He would heal the sick, curing every form of infirmity, and driving out the evil spirits from the demon-possessed. How again He gave sight to the blind and hearing to the deaf with only one touch. Do these not suffice?
These all, however, were not enough for those people who envied Him, for those people of whom the great Prophet Isaiah spoke: "'You will be ever hearing but never understanding; you will be ever seeing but never perceiving. For this people's heart has become calloused; they hardly hear with their ears, and they have closed their eyes. Otherwise they might see with their eyes, hear with their ears, understand with their hearts and turn, and I would heal them.'” (Matthew 13:14-15)
To all of those people hard of hearing and with darkened eyes, however, for whom these were not enough, our Lord Jesus Christ offered the great wonder of His Transfiguration on Mount Tabor. To Him Who shone with an astonishing divine light, the prophets of the Old Testament, Moses and Elijah, appeared, and worshipped the Creator of the Law. With fear and trembling, the apostles Peter, James and John saw this wondrous sight. And afterwards, from the cloud which covered them, they heard the voice of God: “This is my beloved Son, in Whom I am well-pleased. Listen to Him.” (Matthew 17:5)
The holy apostles preached throughout the world, that our Lord Jesus Christ is “truly, the radiance of the Father.” [Kontakion of the Transfiguration]

The whole world, when they heard this, should have knelt before our Lord Jesus Christ, and worshiped the True Son of God.
The appearance on Tabor of the two greatest prophets of the Old Testament and the worshiping of the Lord Jesus Christ at His Transfiguration, should have forever shut the abominable lips of the scribes and Pharisees, who hated the Lord Jesus, and perceived Him as the violator of the Law of Moses. But even till today, the Jews do not believe that He is the Messiah.
Not only do the Jews not believe in Him, but even many Christians [doubt Him], those who had been dazzled by the divine light of our Lord Jesus Christ. The little flock of Christ is becoming smaller yet, for which the divine light of Christ shines with the same strength with which it shone upon the apostles Peter, James and John then on Mount Tabor.
However, do not loose hope, because our Lord Jesus Christ said: “Do not fear, little flock, for your Father is pleased to give you the Kingdom.” (Luke 12:32)
The faithlessness among the people took on alarming proportions, and the light of Christ shined from within the dark cloud of atheism. Today, more constantly than ever, we bring to mind the fearsome word of Christ: “When the Son of man comes, will He find faith on earth?” (Luke 18:8)
Let us not loose hope, however, because He, speaking of the signs of His Second Coming, said: “And when these things begin to come to pass, then look up, and lift up your heads; for your redemption draweth nigh.” (Luke 21:28)
Therefore, may your lives be such that at the terrible day of Judgment, we might lift up our head, and not stoop down in deep despair. Amen.
(amateur translation of Greek text from source)

Through the prayers of our Holy Fathers, Lord Jesus Christ our God, have mercy on us and save us! Amen!
Posted by Agioi_Anargyroi at 4:13 PM