On the humility of St. Evdokimos of Vatopedi 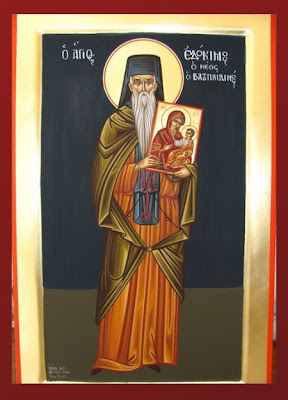 St. Evdokimos the Newly-revealed of Vatopedi - Commemorated on October 5/18 (http://sirimis.gr/eng_photo_detail.php?photo_id=30&category_id=1&subcategory_id=1)

On the humility of St. Evdokimos of Vatopedi (amateur translation of an excerpt from the Encomium of the Saint written by Fr. Meletios the Hierodeacon)

It appears that the Saint wanted to hide his virtue and his holiness so much that he wished to die by himself, fearing perhaps that the brothers of Vatopedi would find some sign of holiness and want to honor him. He desired this because he perceived being honored by men as a sin before God. So great was his humble attitude that all of the vain things of this life, honors and love of glory, he considered senseless. This is a great sign of his holiness. This alone is enough, without requiring any other indication, to believe that he is a Saint, and other miracles would be considered unnecessary.

Why, as someone says, does a life according to the will of God, “life for God” in other words, and without any miracles occurring, bring the crown of holiness? For in his life that is truly “for God”, he clearly wanted to hide while alive and dead, without revealing it to anyone. Because he feared perhaps that some sign would occur for others, something which is antithetical to the commandments of the Gospel. This was the fear of St. Evdokimos.

For it is a great commandment for one to hide his virtue. Most men wish to hide their sins and to proclaim their virtues, though they are baseless. According to the righteous word, we must flee from both. Hidden must be repentance, in other words the rebuttal of sins, as they themselves occurred in secret. And as someone sinned in secret, in secret he must have his struggles against them. For to proclaim, however, one's virtues, and to not reveal his sins is absurd. We are ashamed to reveal our sins in case we might appear culpable and humiliated. How do we not fear the sin of pleasing men with the promotion of our good deeds, which causes God to abandon our soul? If we reveal the sins of our soul to God alone, let us not proclaim our virtues to men. Because they will be seen as a reward for our wrestling against the passions, and we would thus loose our portion from God and become transgressors of His law.

St. Evdokimos, however, did not do thus. For having been found to preserve with exactness one commandment of the Gospel, did he not much more so keep the rest of the Gospel's commandments? From this alone is revealed how he ruled over the other moral passions. For to conquer love of glory and to hide one's virtues is truly a super-human commandment. For the love of honor and glory is implanted within [fallen] man, and they are uprooted with difficulty. This we see in the Saints who lived before him, as we read their lives. In other words, when they lived, they wished to remain unknown and to hide. After their death, however, they did not hesitate to reveal their holiness.
Something similar we read in the lives of St. Alexios the Man of God, and St. John the Hut-dweller, who left their parents signs that they might know them after their death.

St. Evdokimos, however, as we learned, conquered love of glory. Something which is even very difficult to those who have reached the height of virtue. Because it was not important to him to be seen by men as holy, but to be glorified by God. But someone might say: “You wish to show us that this new Saint of Vatopedi is higher than St. Alexios and St. John the Hut-dweller?” Not at all, most holy Fathers. Because in holiness there is no comparison. Do you know that, as it says in the Gospel: “In the house of my Father there are many mansions”, for I further know that all receive the same [reward].

What I am saying is that the divine Evdokimos was a most-exact keeper of all the commandments of God. He hid all of his virtues, because he feared the word of the Gospel, “do not be thought of...”, in other words do not do something to be seen by others. With keeping this word he conquered the greatest beast, “glory”, in other words vanity and love of glory, which calls all of us to esoteric agitation and great turmoils. This great beast, Evdomikos conquered and defeated. In what way? By always hiding and by never giving any sign of his holiness. In my opinion, this is the greatest triumph of virtue, because I see the passion of love of glory as unconquerable.

As you know, the once first of the Angels was filled with pride, and dared to say: “I will place my throne above the heavens, and I, myself will become the Exalted God.” Was he not put in danger by love of glory, which I named an unconquerable beast? And do not be surprised by the name. Because whether we call it haughtiness, pride, conceit, glory, manic-glory, work-for-glory, [doxarion], or love-of-glory, the name alone changes, but we are talking about the same passion. The difference us found in in the disposition in those that have it.

Did not Adam, for this glory, imagine that he would become equal to God? And if for this passion of glory angels became demons and devils, Adam won death, earthly and heavenly creation was troubled, and the all-consuming Hades was born...how is this passion of love of glory not great? For if the first angel and first man conquered this passion, the universe would not have been troubled, neither would death, which we tremble at and fear, endanger us with its sickle. On account of love of glory, did not all troubles of life enter the world? Most certainly! Because of this the first angel and the first man were conquered.


This, however, did not conquer Evdokimos, but he conquered it, because he hid his virtue and his holiness “as the apple of his eye”. He achieved great victory and became higher than the first angel and the first man. If we do not call Evdokimos holy and do not honor him, and do not glorify him as a Saint, I do not know who else to call, to honor or to glorify.

That his holy relic was granted a heavenly fragrance, after so many signs of his virtue, and after such a great victory against the devil, is another sign of his holiness to those who think about divine things, as a friend wrote who asked about St. Evdokimos. “However, he did not ultimately remain unknown to the end, because God glorifies those who glorify Him.” Would He therefore have glorified Adam and made the first angel incorrupt, had they not been conquered by love of glory? Of course he would have glorified them. But they lost the glory that they had, endangered by their love of glory.

For the life and miracles of St. Evdokimos of Vatopedi, see: http://www.johnsanidopoulos.com/2009/10/saint-evdokimos-newly-revealed-of.html. 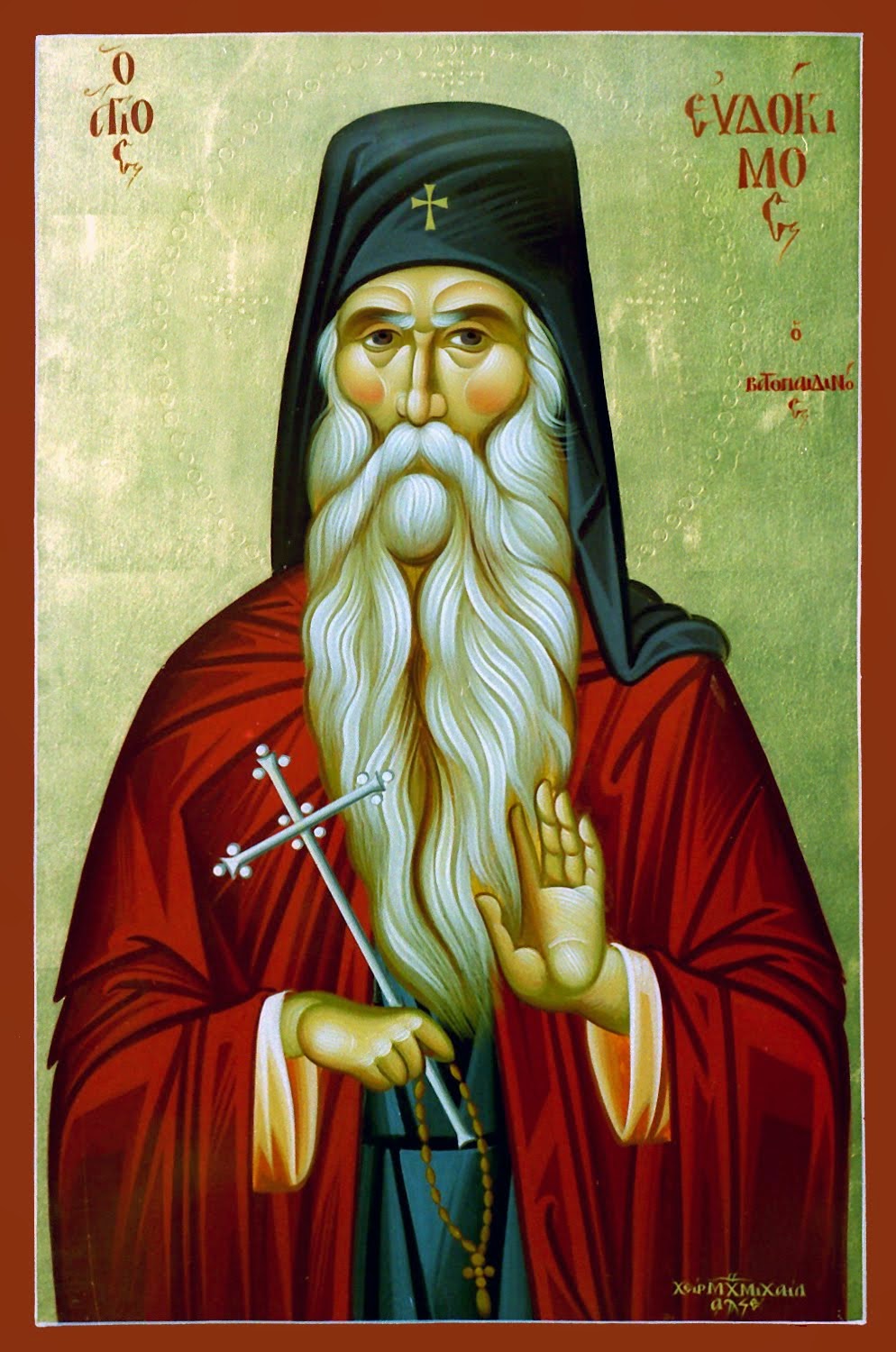 Through the prayers of our Holy Fathers Lord Jesus Christ our God, have mercy on us and save us! Amen!
Posted by Agioi_Anargyroi at 4:24 PM