St. Symeon the New Theologian: On the Banishment and Repentance of Adam and Every Christian 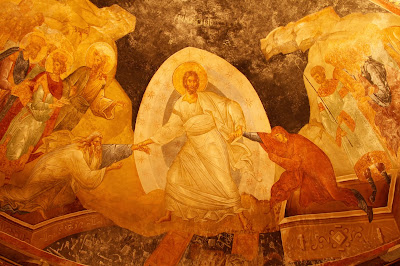 Labels: Adam and Eve, Paradise, Repentance, St. Symeon the New Theologian, The Resurrection of Christ, Writings of the Saints