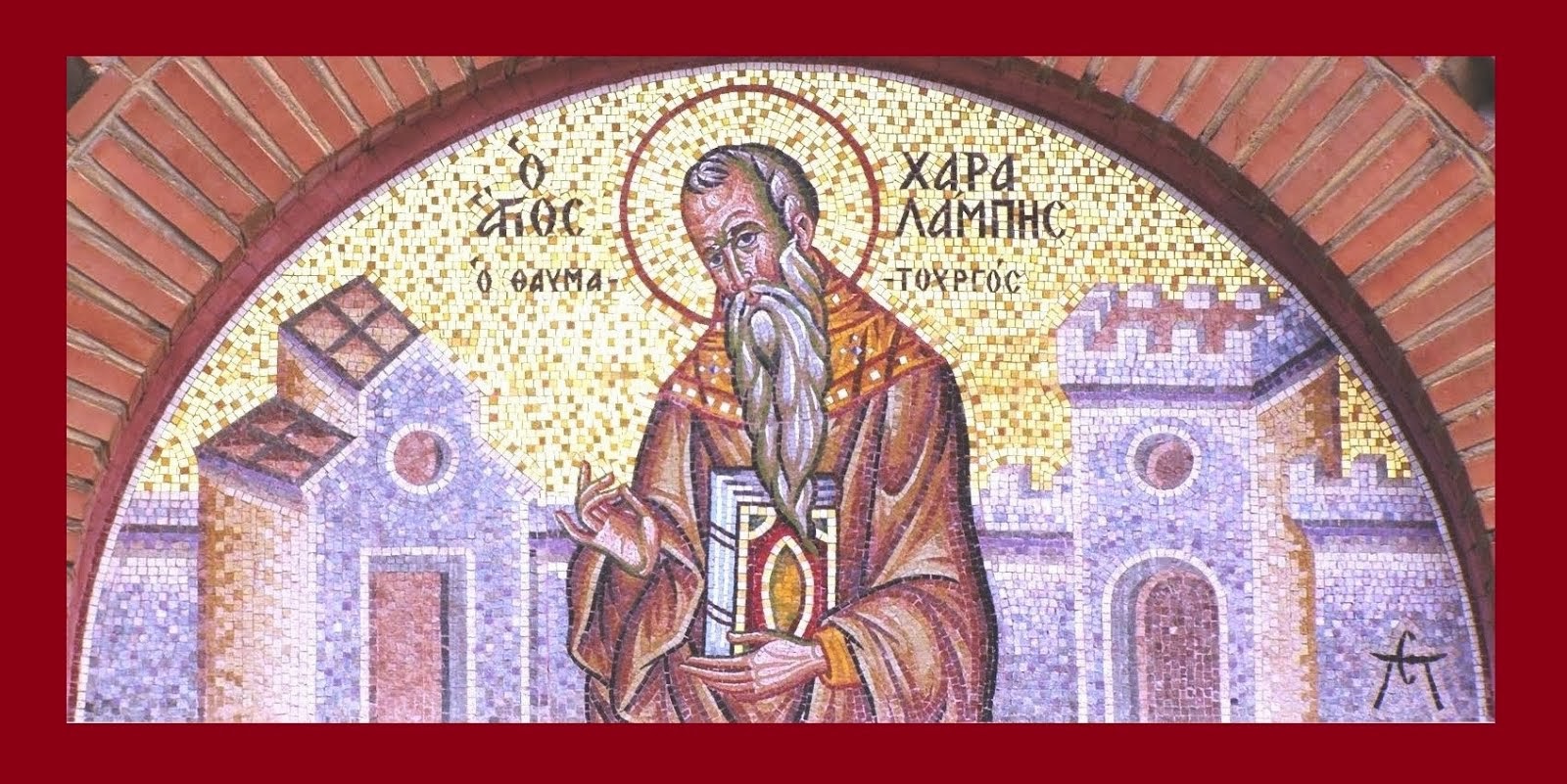 Elder Paisios of the Holy Mountain, in his Life of St. Arsenios of Cappadocia (Hatziefenti), relates a wondrous appearance of St. Charalambos to St. Arsenios and his chanter, Prodromos Kortsinoglou.
"Once, during the feast of St. Charalambos," Prodromos related, "we were going to Panagia (in Kantsi) to celebrate a vigil. When we reached the Praises [hymns near the end of the Orthros], Hatziefentis exited the Holy Altar, that we might chant together. While we were chanting at the same analogion [chanter's stand], I saw straightaway a white-haired Elder at the opposite analogion, who was bent over, leaning on his cane, and I began to tremble out of reverence.

Hatziefentis, when he saw me, asked: "Are you cold?"

And I told him "no", as I pointed to the white-haired Elder who was across from us. Hatziefentis was not at all shaken, but spoke to him in Turkish: "Come and let's chant together."

The white-haired Elder, however, did not respond, but only made a motion that we continue by ourselves. Because I was not paying attention to the book, because I was secretly gazing at that Elder while my mind was on him, there was created a cacophony, and the white-haired Elder moved to leave. He left, and we saw him disappear into the small pool of Holy Water, as the water splashed all over the Church.

We completed the Divine Liturgy, and afterwards went to the village to relate what happened. Then, the people of Farasa ran to the Chapel of Panagia out of reverence to gather the Holy Water which was splashed around the Church from the miracle from the Saint."

Elder Paisios of the Holy Mountain, St. Arsenios the Cappadocian, published by the Holy Hesychasterion of St. John the Evangelist, the Theologian, Souroti, Thessaloniki 1999, pgs. 62-63. Amateur translation of text from source. 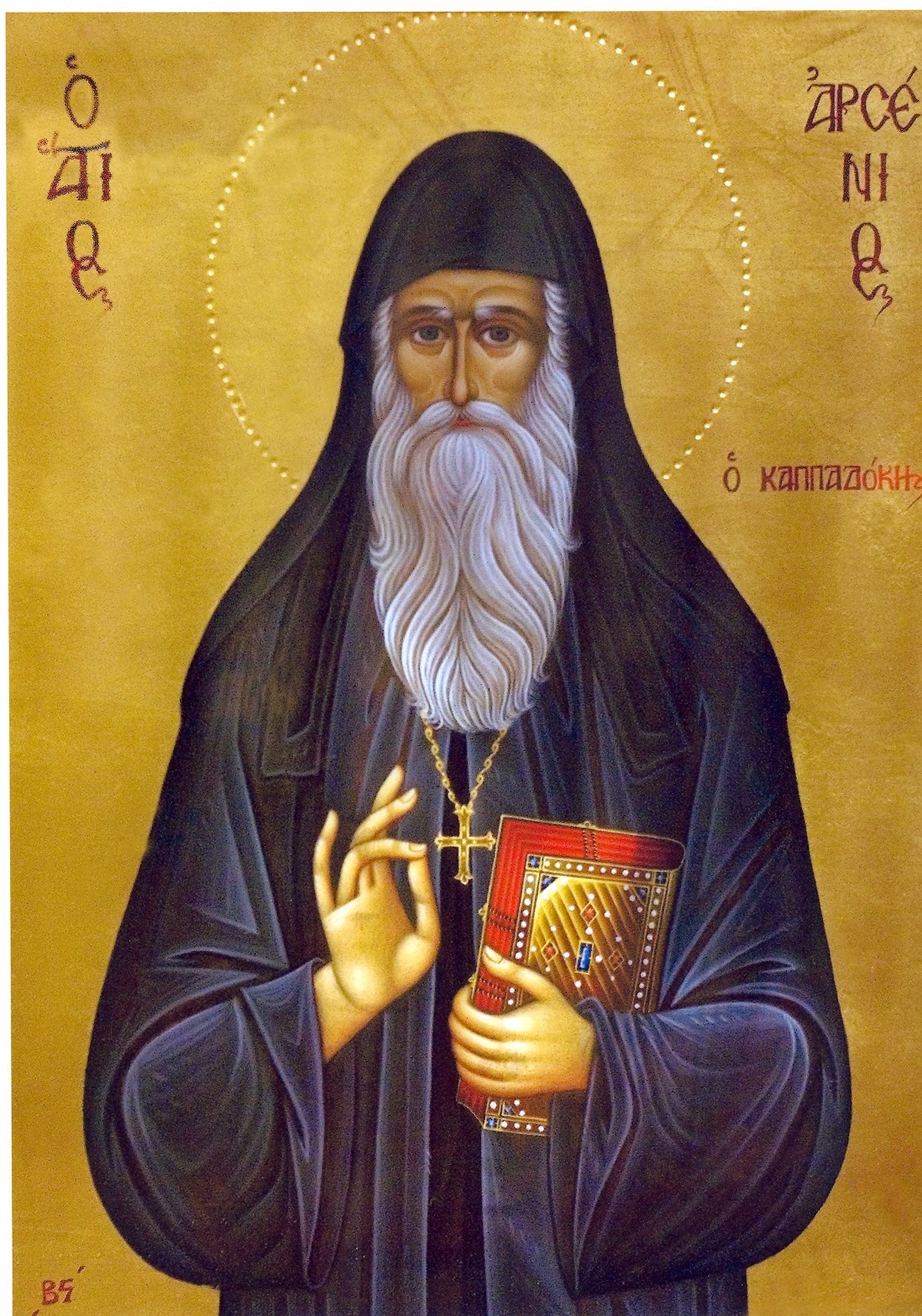 
Through the prayers of our Holy Fathers, Lord Jesus Christ our God, have mercy on us and save us! Amen!
Posted by Agioi_Anargyroi at 6:00 AM