St. Paisios on the Prayer Rope 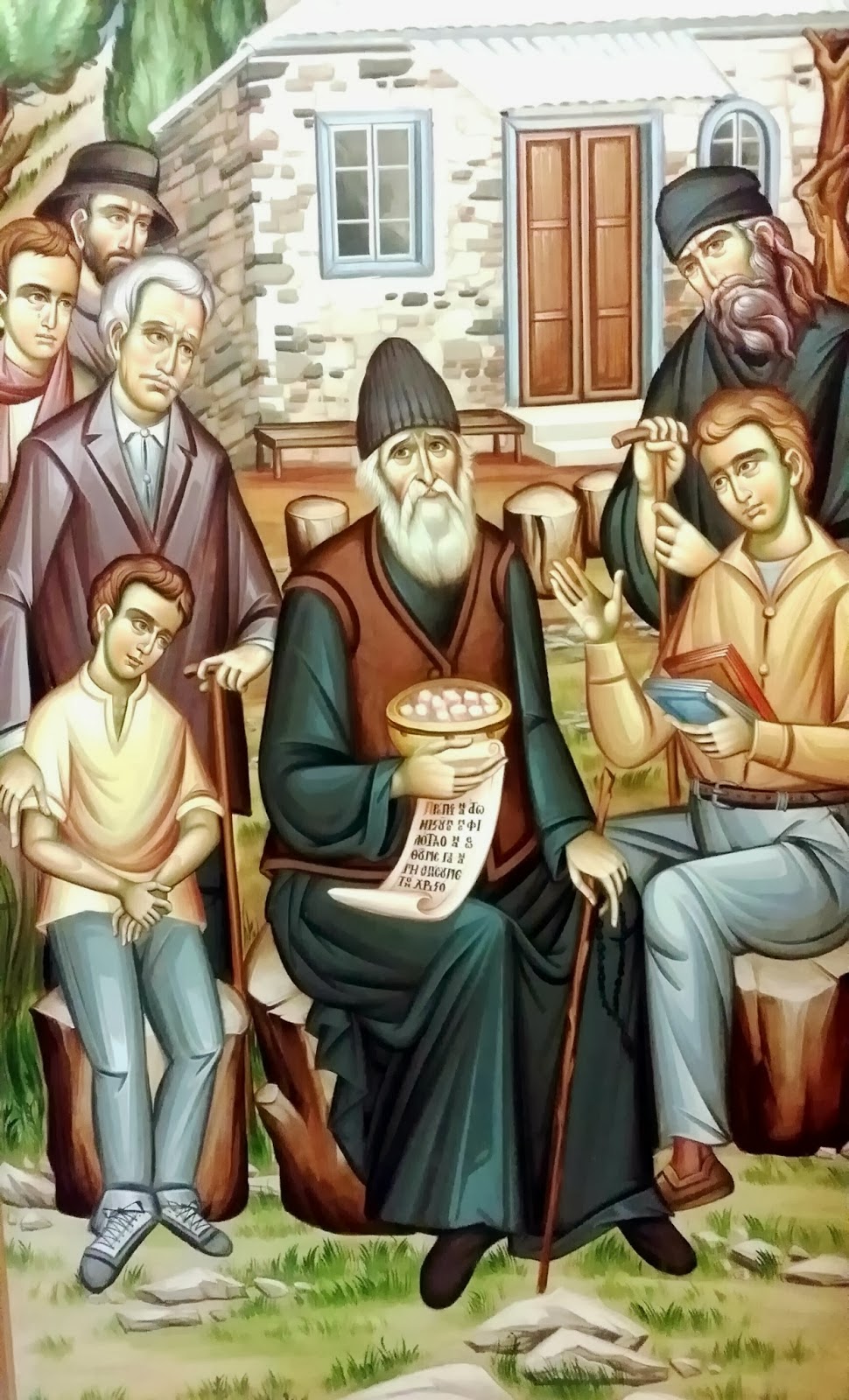 St. Paisios preaching to people outside his cell on the Holy Mountain (source)

-Elder, what do the 33, 50, 100 and 300 knots mean on prayer ropes?
-Only the number 33 is symbolic, for it symbolizes the 33 years that Christ lived upon the earth. The other numbers simply help us count the prostrations that we do or how many times we say the prayer.

Some machines have a rope with a grip in its side so that if you want it to go forward, you pull the rope strongly, until it warms it up with oil. Thus, the prayer rope is the rope which we pull one, two, five, ten times to warm up with spiritual oil and to move the spiritual machine forward of unceasing prayer, which afterwards, functions on its own. However, when the heart is going forward with the prayer, we still should not remove the prayer rope, so that others might not remove it, whose hearts have not moved forward with prayer.

-Elder, when I hold my prayer rope, and say the prayer mechanically, is there a danger of vainglory [ανθρωπαρέσκειας]?
-If you use the prayer rope externally, out of vainglory, even though your hands start to peel, it does not benefit you at all. It will only bring you fatigue, and the illusion that you are supposedly pursuing noetic prayer.

-Elder, I'm not used to carrying the prayer rope.
-You should carry the prayer rope, so that you might not forget the prayer, which should work internally, within the heart. When of course you exit your cell, you should remember that the enemy is ready to fight you. Thus, imitate the good soldier, who exits the barracks always with his automatic weapon “at hand”. The prayer rope has a great power, and is the weapon of the monk, and its knots are bullets, which [when fired at the feet of the demons] make their sandals dance.
(“On Prayer”, Words VII. Amateur translation of text from here.)
Through the prayers of our Holy Fathers, Lord Jesus Christ our God, have mercy on us and save us! Amen!
Posted by Agioi_Anargyroi at 3:46 AM

Labels: Noetic prayer, On prayer, Quotes of the Fathers, St. Paisios of the Holy Mountain, The Jesus Prayer