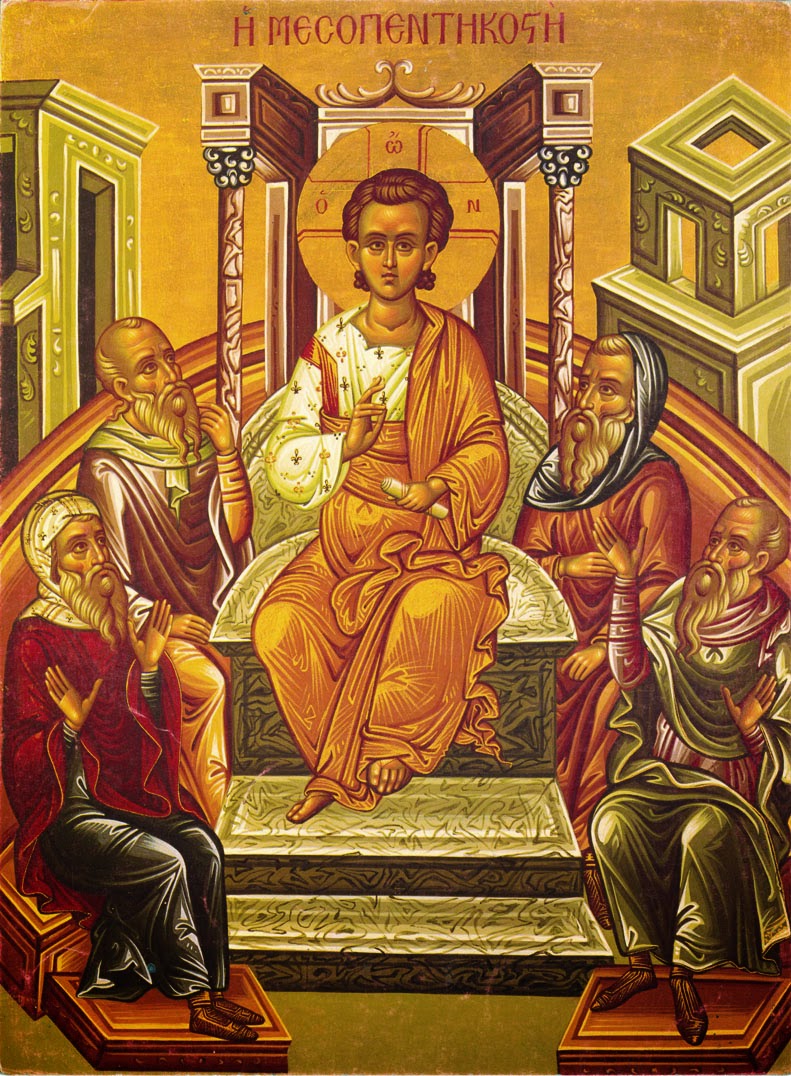 Jesus Christ, the Wisdom of God, preaching in the Temple (source)
The mid-point of the days is here, which begin with the saving Resurrection and are sealed by the divine Pentecost. It shines for it shares the brilliance of them both and unites the two, and it is honoured for it reveals in advance the coming glory of the Master’s Assumption.

Sion heard and was glad, when the good tidings of the Resurrection were proclaimed. Her faithful offspring rejoiced when they saw him also washing away by the Spirit the stain of the murder of Christ. Keeping festival she makes ready the joyful mid-point of them both.

The abundant outpouring of the divine Spirit upon all is near, as it is written. The herald is the day that forms the half-way mark of the certain promise which was given by Christ to his Disciples after his death and burial and Resurrection, and shows the manifestation of the Comforter.
-Prosomoia of the Stichera in the Fourth Tone, from the Great Vespers for the Wednesday of Mid-Pentecost
(source)

Christ is risen from the dead, by death, trampling down upon death, and to those in the tombs, He has granted life!
Truly the Lord is risen!
Posted by Agioi_Anargyroi at 7:17 PM