Additional Quotes of the Fathers on Humility 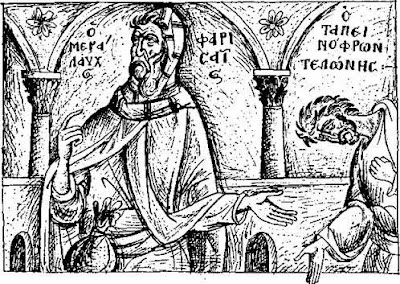 The Publican and the Pharisee (http://4.bp.blogspot.com/-a58n82HY1NI/TVfiem9066I/AAAAAAAANzY/94SBw6RFTm4/s1600/publican%2Bpharisee%2Bmain.jpg)
Additional Quotes of the Fathers on Humility

An [Elder] was asked, "What is humility?" and he said in reply, "Humility is a great work, and a work of God. The way of humility is to undertake bodily labour and believe yourself a sinner and make yourself subject to all." Then a brother said, "What does it mean, to be subject to all?" The [Elder] answered, "To be subject to all is not to give your attention to the sins of others but always to give your attention to your own sins and to pray without ceasing to God."

An [Elder] said, "Every time a thought of superiority or vanity moves you, examine your conscience to see if you have kept all the commandments, whether you love your enemies, whether you consider yourself to be an unprofitable servant and the greatest sinner of all. Even so, do not pretend to great ideas as though you were perfectly right, for that thought destroys everything." 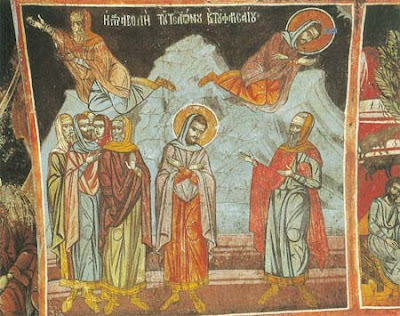 The Publican and the Pharisee (http://2.bp.blogspot.com/-pySFwQTnELA/TVfinc0XIbI/AAAAAAAANzw/248aiWtpoZU/s1600/publican%2Band%2Bpharisee3.jpg)
Through the prayers of our Holy Fathers, Lord Jesus Christ our God. have mercy on us and save us! Amen!
Posted by Agioi_Anargyroi at 11:10 AM