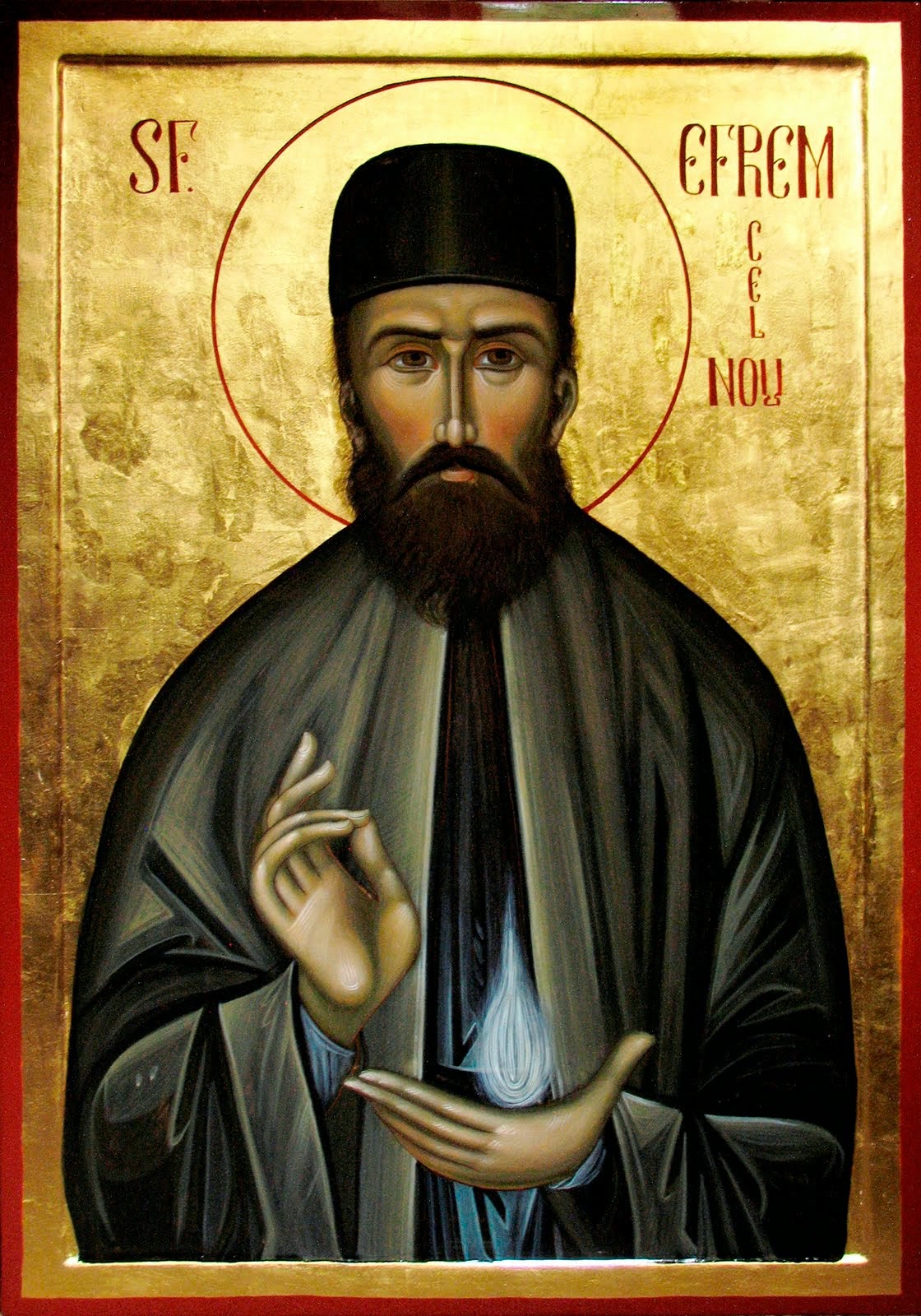 St. Ephraim of Nea Makri, the Newly-revealed Hieromartyr and Wonderworker (source)
As the months were passing, my state was worsening, My faith, however, did not lessen, but was further strengthening. I began to not care whether I lived or whether I died, but only that if I died, at least that He take me near Him, or if I lived, that I be able to hymn Him where I am and where I stand.

Nearly a year passed when they informed me that there was found a compatible donor in America. It was Thursday morning. On Friday morning I left from the 401 for Evangelismos [Hospital in Athens] where Monday the transplant would take place. Thursday at 12 I fell into a coma. My head had filled with fluid, along with my lungs and my heart. They brought me with my bed to the ICU. I must have remained there for a few days.

At one point, I came to, but could not open my eyes, when I remember that I heard the sweetest melodies which I had ever heard in my life...full of peace and tranquility. I did not know where I was, but I understood that I was in the ICU. Over my head was my doctor, who was mentioning to my father and to my girl that: “Vasili had a strong constitution, but with fluid in his head, in his lungs and in his heart, with a platlet and white blood cell count of zero, no one in this state ever leaves the ICU.”

My father disagreed, telling him: “You don't know Vasili, he served in the Special Forces, he won't give up.”

The doctor pat me on the side and said: “I wish it would be so, but it would be a miracle if he makes it through tonight.”

They exited. My girl was holding my hand, crying. I was conscious, but I could not react. She also exited.

Then the place was flooded with an unbelievable light, and the melodies got stronger. I was not seeing a dream, I was awake and I had my senses. A very tall, divinely-appearing man with a very dark and long beard, and a had a large hat, who almost reached the ceiling, entered: it was St. Ephraim. He did not take his eyes from me, but approached me and with his hand touched my head...His fingers were very large. He told me: “Now, I will take you up.” [i.e. Take you upon my shoulders] and he left slowly, like he entered.

The next day, I opened my eyes in seclusion. I had left the ICU. All of my relatives were gathered around me. As soon as they saw me wake up, they began to embrace me and cry out...“Call the doctor, call the doctor!”

He entered and told me: “I don't believe in miracles, nor in God, but you had some Saint with you yesterday.” That evening the fluid in the lungs and the head and the heart disappeared, and the bone marrow began functioning normally, with all of the blood counts as if nothing had happened.

One week later I left the hospital, and this time, before I went home, I went to the Monastery of my Saint. I stood before his reliquary, and three times I heard an echoing sound beside me, like the striking of a rod or a cane. I shuddered totally, and began to cry out of gratitude.
(amateur translation of text from source)
Christ is risen from the dead, by dead, trampling down upon death, and to those in the tombs, He has granted life! Truly the Lord is risen!
Posted by Agioi_Anargyroi at 11:24 AM