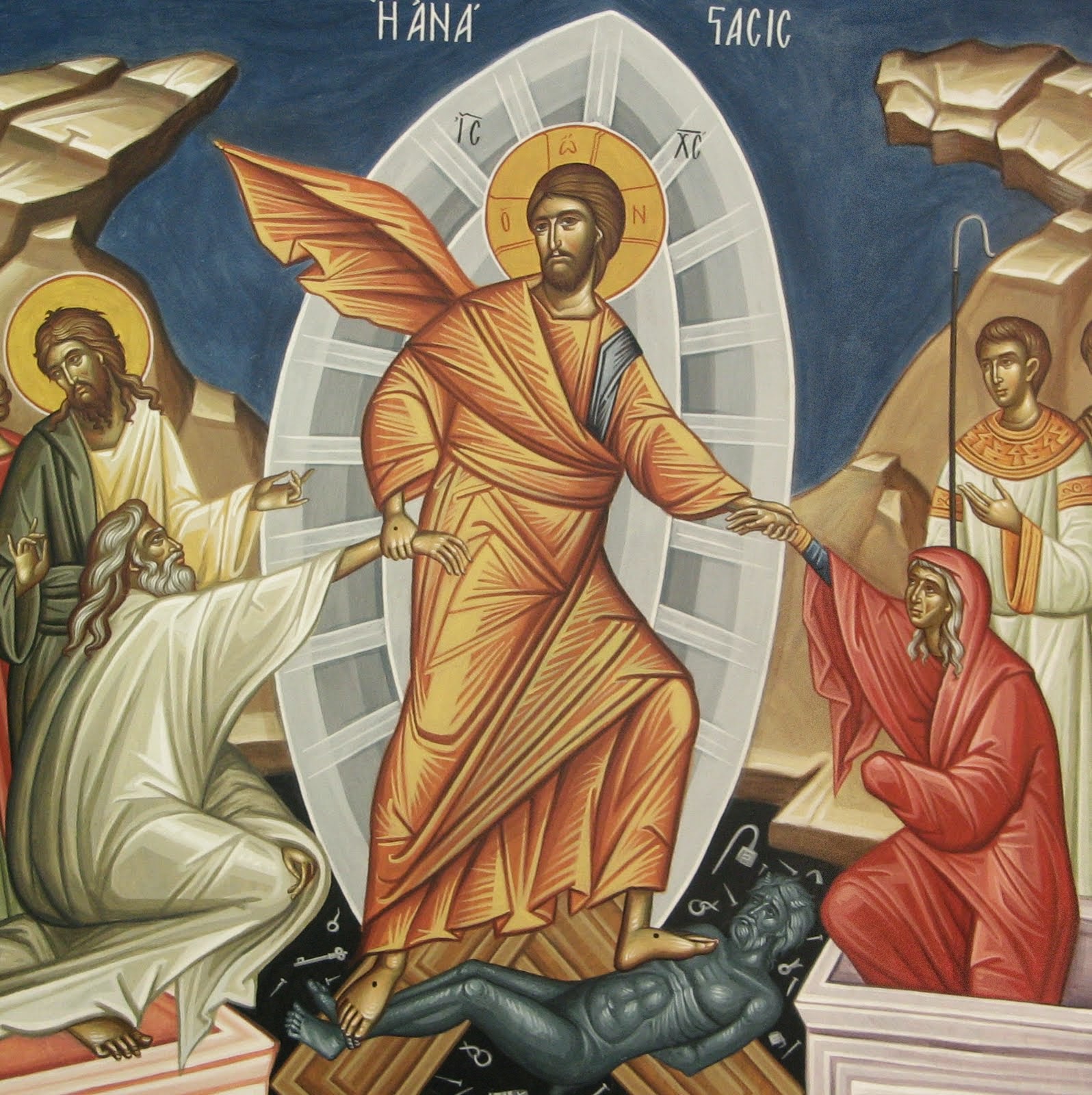 The Resurrection of Christ (source)

If any be a devout lover of God,
let him partake with gladness from this fair and radiant feast.
If any be a faithful servant,
let him enter rejoicing into the joy of his Lord.
If any have wearied himself with fasting,
let him now enjoy his reward.
If any have laboured from the first hour,
let him receive today his rightful due.
If any have come after the third,
let him celebrate the feast with thankfulness.
If any have come after the sixth,
let him not be in doubt, for he will suffer no loss.
If any have delayed until the ninth,
let him not hesitate but draw near.
If any have arrived only at the eleventh,
let him not be afraid because he comes so late.
For the Master is generous and accepts the last even as the first.
He gives rest to him who comes at the eleventh hour
in the same was as him who has laboured from the first.
He accepts the deed, and commends the intention.
Enter then, all of you, into the joy of our Lord.
First and last, receive alike your reward.
Rich and poor, dance together.
You who fasted and you who have not fasted, rejoice together.
The table is fully laden: let all enjoy it.
The calf is fatted: let none go away hungry.
Let none lament his poverty;
for the universal Kingdom is revealed.
Let none bewail his transgressions;
for the light of forgiveness has risen from the tomb.
Let none fear death;
for death of the Saviour has set us free.
He has destroyed death by undergoing death.
He has despoiled hell by descending into hell.
He vexed it even as it tasted of His flesh.
Isaiah foretold this when he cried:
Hell was filled with bitterness when it met Thee face to face below;
filled with bitterness, for it was brought to nothing;
filled with bitterness, for it was mocked;
filled with bitterness, for it was overthrown;
filled with bitterness, for it was put in chains.
Hell received a body, and encountered God. It received earth, and confronted heaven.
O death, where is your sting?
O hell, where is your victory?
Christ is risen! And you, o death, are annihilated!
Christ is risen! And the evil ones are cast down!
Christ is risen! And the angels rejoice!
Christ is risen! And life is liberated!
Christ is risen! And the tomb is emptied of its dead;
for Christ having risen from the dead,
is become the first-fruits of those who have fallen asleep.
To Him be Glory and Power, now and forever, and from all ages to all ages.
Amen!
(source)


Christ is risen from the dead, by dead, trampling down upon death, and to those in the tombs, He has granted life! Truly the Lord is risen!
Posted by Agioi_Anargyroi at 5:47 AM