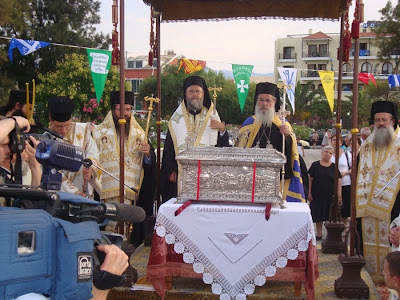 Picture from the reception of the Holy Relics of St. Joachim Papoulakis in Levkada (taken from: http://www.imkorinthou.org/images/stories/photos/58/5.JPG)
Our venerable father among the saints Joachim of Vatopaidi (also known as Papoulakis*) or Joachim of Ithaka is remembered by the Church on March 2nd (the date of his repose) and May 23 (the date of the uncovering of his relics). 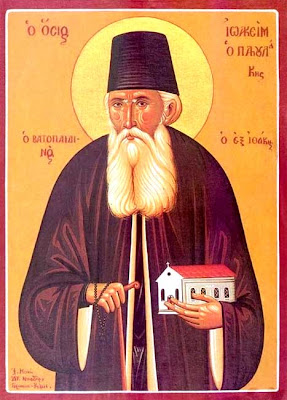 Labels: Lives of the Saints, Miracles